When you book with an account, you will be able to track your payment status, track the confirmation and you can also rate the tour after you finished the tour.
Sign Up
418

Popularly known as the Royal Trek, Siklish trek is one of the best treks of Annapurna region. Rough and wild, but less-traveled region, Royal trek penetrates through the south of Annapurna II, and Lamjung Himal massif. Siklish trek is named as Royal trek when Prince Charles visited this beautiful Gurung settlement. We start the trek from Beganas Tal (Lake), head north to the Madi Khola and reach Siklesh (1,980m.), Nepal’s biggest Gurung village. The trek takes us to remote villages that are far from the beaten track. Famous for maintaining its rustic tradition and age-old culture, Siklish is one of the good examples of an old Gurung village. Besides, this Gurung settlement is rich in flora and fauna, majestic mountains like- Annapurna South (7273m.), Annapurna 2nd (7937m.), Hiunchuli (6336m.), Lamjung Himal (6986m.) and Machhapuchhre (6999m), innate hospitality and unique settlements.

Today is the day of arrival, you will be greeted at the airport and one the representative from Trailblazer Travels and Tours will transfer you to your respected hotel. Today you can enjoy around the streets of Kathmandu and explore around Thamel area.
In the evening there will be a welcome dinner within authentic Nepalese Restaurant with Nepalese cuisine with beautiful cultural programs

Today after having fine breakfast we proceed our journey towards Pokhara by tourist bus enjoying the beautiful views along the Prithivi Highway.
We drive with the scenic views of hills and along with flow of Trishuli and Marsyangdi river, which are known for good rafting too till we reach. It will take 7-8 hours to reach Pokhara. Apart from the bus we do have flight option too which takes approx. 35 minutes. We can stroll around Pokhara nearby lakeside and enjoy the moment.
Our overnight will be at our hotel.

Having lunch in the hotel, we drive from Pokhara to Bijayapur Khola (Bijayapur Army Camp)-Kalikasthan (1370m.). The trail takes us through rice fields near the Army Camp and then ascends through Rakhigaon to Chautara. En route, one can enjoy the majestic views of Himalayas. We finally reach Kalikasthan at (1370m.) which offers a panoramic view of mountains, Begnas Tal and Pokhara city.

We commence our trek from Kalikasthan to LamaKhet (1680m.). Following the gentle path, passing through local villages of mixed ethnic groups, rice terraces up to Mardi Khola, we proceed towards Lama Khet. It is a small village where we stay overnight.

Trek from Lama Khet to Siklis (1980m.).The trail stretches flat along the river bank until you reach Khilan Gaon. En route one passes through Parju village. The trail again climbs till Siklis village, the oldest and the biggest Gurung village.

It is our turn to trek from Siklis to Neuli Kharka or Forest camp (2200m.). En route, we penetrate rhododendron and oak forests following gently ascent path. Overnight at Neuli Kharka.

We trek from Forest Camp to Ghale Gaon (2000m.). En route, we trek through forests covered with rhododendron and cross the highest pass of this trek. After crossing the pass, we descend steeply to reach Ghale Gaon, a small village which is inhabited by Gurung and Magar community.

08Trek from Ghale Gaun to Pokhara

Trek from Ghale Gaun to Pokhara. The trek descends gently up to Hyamgja (1070m.). We board our vehicle at Hyamgja and drive to Pokhara. Overnight in hotel.

Day 09Back to Kathmandu

Early morning breakfast and we drive from Pokhara to Kathmandu, along the way we will come across the scenic beauties. We travel along the river bank of Trishuli, enjoying the stunning views of the hills, typical Nepalese houses and Nepalese lifestyle. After spending 6-7 hours we reach to Kathmandu, where we will take rest and have some souvenir shopping. In the evening we will have farewell dinner to cheers our adventurous journey throughout. Night stay in Kathmandu.

Today is our last day in Nepal, after having breakfast one of the representative from our company Trailblazer Travel and Tours will escort you to Tribhuwan International Airport. Our company were more concerned towards your pleasure and we hope that we had succeed on that area and it was also our pleasure to serve you throughout your journey in Nepal. We wish you a safe flight with lots of memories within throughout your journey in Nepal back to you home. BON VOYAGE!!! 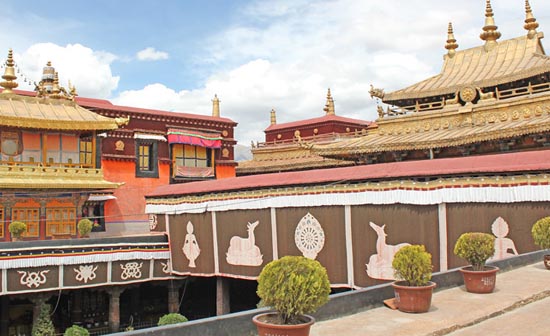